Home   › What happens to disappearing messages on signal

What happens to disappearing messages on signal 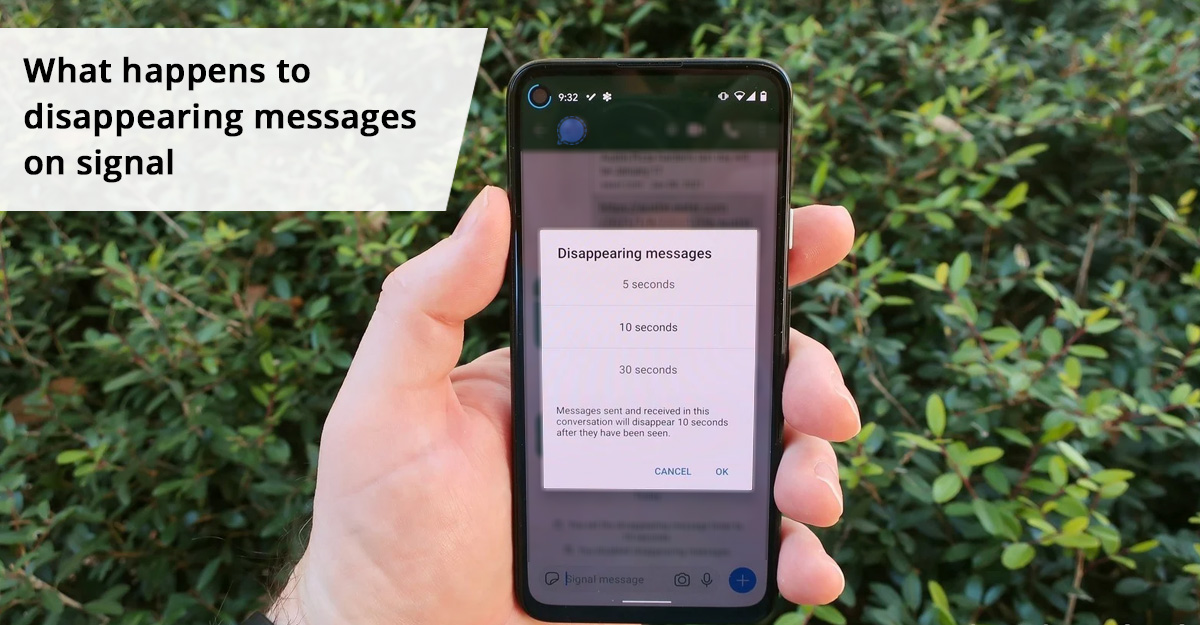 Many messaging apps let you send disappearing messages, but Signal’s approach to the process is one of the best. It’s another great reason to start using the encrypted chat app if you’re looking for privacy-focused messaging—or if you’re an Elon Musk fan.

As the name implies, Signal’s disappearing messages self-destruct after a set amount of time. Deleted messages are permanently removed from the chat thread for both users in the conversation. That makes them a great option when you’re sending potentially sensitive information that you don’t want accessible for longer than necessary.

Obviously, disappearing messages can enhance your Signal conversation’s privacy and security, but there are limitations. Even though disappearing messages are deleted from both users’ message history, either user can still take a screenshot before they’re removed, or copy and paste their contents elsewhere. If your recipient is especially clever, they can use another device to take a photo of the disappearing material in question.

While you can block screenshots in Signal on your own device, there’s no way to prevent the recipient from saving a message before it’s deleted. Only send private information to contacts you trust.

When to use disappearing messages

Disappearing messages are an ideal tool for people who are concerned their chats could be checked – especially if there is anything about themselves they want to keep private, says Scott Sammons, information and data specialist Lighthouse IG. “This could apply to a domestic abuse setting or someone, for example, hiding the fact they are LGBTQ.”

Of course, disappearing messages are not going to work for every situation, especially in circumstances where a record needs to be kept. For instance, this may apply if you’re using Signal or WhatsApp for work purposes. “Disappearing messages will mean losing records that should be kept, such as conversations around deals, contracts or clients,” Sammons says.

But at the same time, Randall Sarafa, chief product officer at Signal, highlights a recently-added feature in the app that allows you to keep messages for four weeks. “This is great for information you need to retain for a month, such as work messages or conversations with a doctor.” Signal is also about to launch a feature to allow you to specify a default vanishing message timer for all new chats, Sarafa says.

They’re certainly useful, but there are also caveats to consider when using disappearing messages. For example, if auto-downloads are enabled on WhatsApp, any media you receive via the app will still be automatically saved to your photos. You can turn this off in WhatsApp Settings > Storage and Data.

Meanwhile, WhatsApp warns, if you reply to a vanishing message, the quoted text could remain in the chat after seven days. And if someone creates a backup before a message is deleted, the disappearing message will be included.

Also important to note is, you should only use the feature when communicating with people you trust. Even when disappearing messages are enabled, there are other ways the chat can be saved, such as someone using a camera to take a picture of the screen, or taking screenshots.

“This is not for situations where your contact is your adversary – after all, if someone who receives a disappearing message really wants a record of it, they can always use another camera to take a photo of the screen before the message disappears,” Signal warns on its support site.

How to use disappearing messages on WhatsApp and Signal

To use the feature on WhatsApp, tap the group or chat name at the top of the screen and scroll down to disappearing messages. You can then turn the feature to ‘on’. 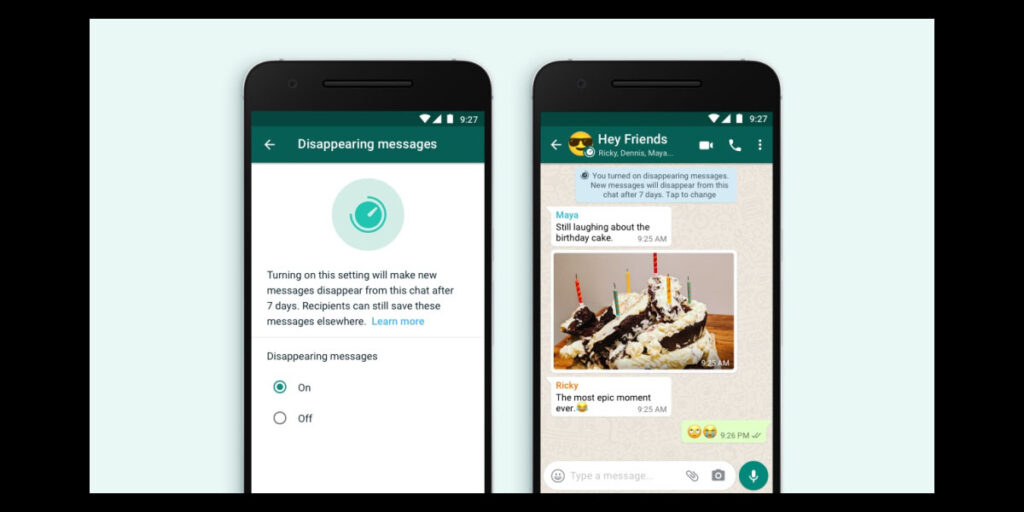 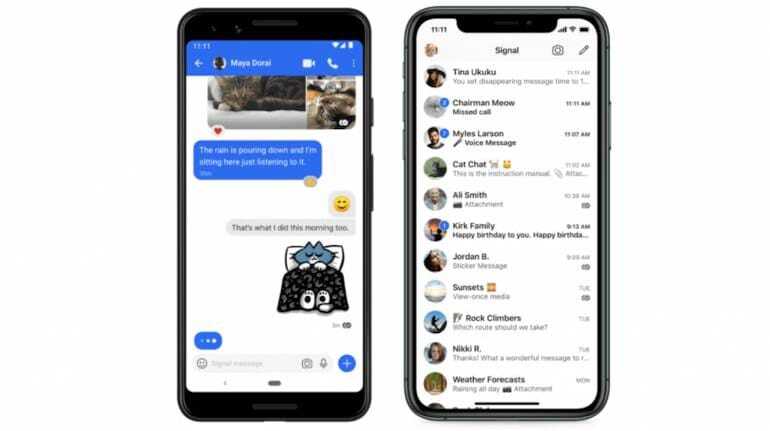 Many people use both WhatsApp and Signal, but if you have a choice, Signal is probably the best platform for disappearing messages – and not just because it offers more features. “Signal is the better platform because of its stance on privacy, encryption and other functionality,” says Sammons. Moore agrees, pointing out that Signal’s company ethos is more privacy-conscious compared to WhatsApp, which is owned by Facebook.

Apple’s privacy labels show Signal’s iOS app collects a lot less data compared to WhatsApp. “Data from the device can be used to target the user or even be sold to other platforms,” says Moore. “Signal will not profile the user, nor will it use any personal data from the device for financial gain.”