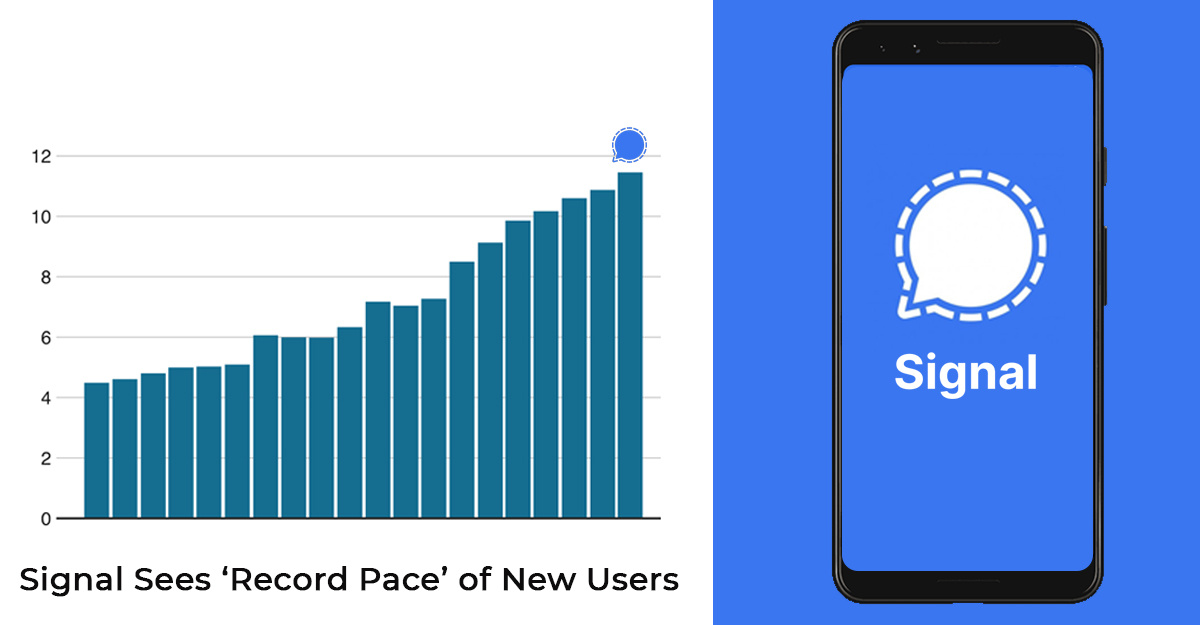 New users are flocking to the encrypted messaging app Signal “at a record pace,” as WhatsApp pushes forward with a controversial privacy policy update.

A new set of terms and conditions from WhatsApp, under which it makes clear how it collects and shares certain user data, are set to come into effect on May 15th despite backlash. The terms apply to all WhatsApp users globally, and have prompted people to leave the platform in droves.

WhatsApp’s policy update was originally announced in early January but the messaging service’s parent Facebook (ticker: FB) said on Jan. 15 that it would delay the update to its privacy policy following opposition from users. On Feb. 18 the company said it would be going ahead with its privacy update.

A spokesman for WhatsApp rival Signal told Financial News that “people are switching over to Signal at a record pace,” adding that there would “no doubt be another rush of interest… when the WhatsApp policy comes into effect [in May].”

“There has been a sustained increase in downloads ever since Facebook made the announcement back in January,” he said but declined to comment on numbers.

“We are still many multiples above where we used to be prior to the WhatsApp policy change notification,” he continued.

In response to Signal’s comments about a surge in users, a spokesman for Facebook told FN: “Other apps say they’re better because they know even less information than WhatsApp. We believe people are looking for apps to be both reliable and safe, even if that requires WhatsApp having some limited data.

“In fact, some of that limited data is how we are able to preserve the user experience by preventing people from spamming others and protecting against other kinds of abuse on WhatsApp.”

The spokesman added that Facebook founder Mark Zuckerberg said in its most recent earnings call that the social network’s “messaging services continue growing.”

“We strive to be thoughtful on the decisions we make and we’ll continue to develop new ways of meeting these responsibilities with less information, not more,” he continued.

A spokesman for Signal told FN in January that the company had seen a roughly 4,200% increase in downloads the week that the WhatsApp privacy policy was announced as compared to the week before. A rival app Telegram said in January it had surpassed 500 million users with over 25 million new accounts opened in the previous 72 hours.

Some of the world’s largest financial services firms are trialing new technology to monitor employee conversations on WhatsApp in what is becoming a perpetual whack-a-mole game between employees and their compliance teams.

Use of WhatsApp has long been an issue for finance firms that have been forced to reprimand and even fire staff for using the popular messaging app inappropriately and ban communication through the platform. However, the pandemic forced banks to reconsider WhatsApp bans while a massive increase in the app’s use among home-working staff triggered a spike in the use of surveillance software to track communications.

Signal is as good as it’ll get when it comes to both of those things. It is fully open-source both in the server-side of things as well as the client itself, which in user terms means that everything the app does, picks up, and does with your information is fully transparent. And the app is fully ad-free and developed, maintained, and funded by the Signal Foundation, which is completely non-profit, unlike WhatsApp, which is owned by Facebook, Inc—people who care quite a bit about profits.

It doesn’t store any of your data, and also comes with a flurry of privacy-focused features as well as, of course, end to end encryption for all of your messages and conversations, so nothing that goes through the app’s server can be seen or intercepted by anyone—it’s encrypted on the server end and decrypted on the recipient end. It’s definitely not the end-all of secure messaging, something that has been proved by the occasional bug. But if you care about your privacy a lot, as we said before, then Signal will do you good.

So, if data privacy, encryption and security matters to you –

UNINSTALL WhatsApp now and INSTALL Signal App right now. It is secure, fast, free and easy to use. Most importantly, it is not run by such companies who sell users’ data (like Facebook) for their own profit.