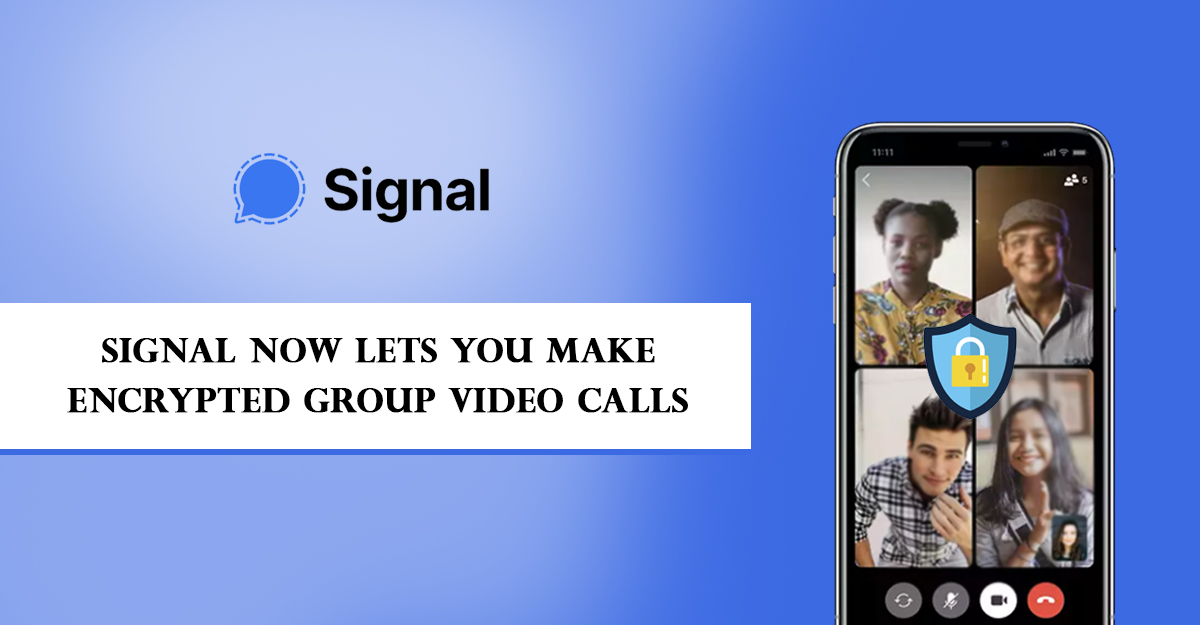 Encrypted messaging app Signal has added support for group video calls for up to five people, the company has announced. Group calls can be started by tapping the video call button at the top of a supported group chat. Calls are “end-to-end encrypted — like everything else on Signal,” the company says. By default, participants are shown in a grid format, but you can swipe up for a view that focuses on individual speakers.

With a five-person limit, Signal isn’t going to be replacing video conferencing services like Zoom any time soon, but the company says it’s working to increase the maximum number of call participants over time.

Group video calls are available in the service’s iOS and Android apps, but for now they’re limited to new-style Signal group chats, and won’t appear in older, legacy chats. Signal launched its new group chats back in October, adding support for @mentions, group admins, and more granular permissions. Older legacy chats will be upgraded to the new chat style in the coming weeks, Signal says. 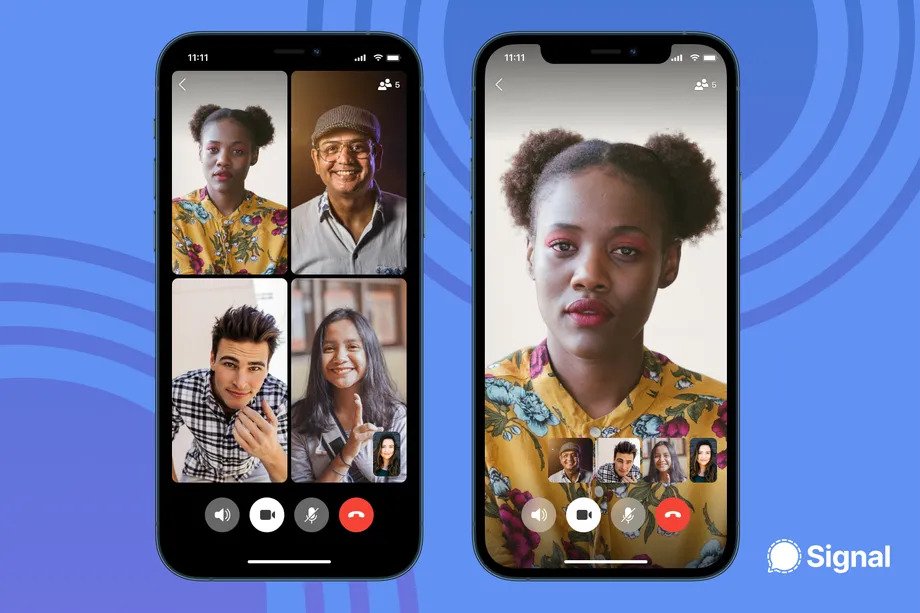 Signal has been revered as one of the most secure messaging apps, with technology experts praising it for its privacy. The app operates with end-to-end encryption, preventing anyone from reading your messages or listening in on your calls.

Now, the same end-to-end encryption that Signal uses for messages and calls is coming to group video chats. Signal announced the exciting news in a post on the Signal Blog, noting that “group calls are free, private, and end-to-end encrypted—like everything else on Signal.

Whistleblower and privacy advocate, Edward Snowden, even expressed his excitement over the change. He sent out a Tweet saying that he’s “been waiting for this for a very long time.”

Once you download the updated version of Signal, you can start making encrypted video calls. Simply start up a group chat, and you’ll see a new video calling icon at the top of the screen.

Tap the icon, and all of the members of the chat will receive a notification that you started a video call. From there, your friends can hop in and out of the call, all while the chat is protected by end-to-end encryption.

Signal Stands as a More Secure Option for Video Calls

And although Zoom largely dominated the video conferencing market, it was still under scrutiny for falsely claiming that it offered end-to-end encryption. Zoom eventually added this feature, but the fact remains that the company deceived its users for months.

That aside, Signal is definitely a platform to consider when making your next group video call. It serves as a trustworthy alternative and doesn’t put your privacy at risk. Signal may only allow you to make group calls with only five people right now, but it has plans to increase that number in the future.