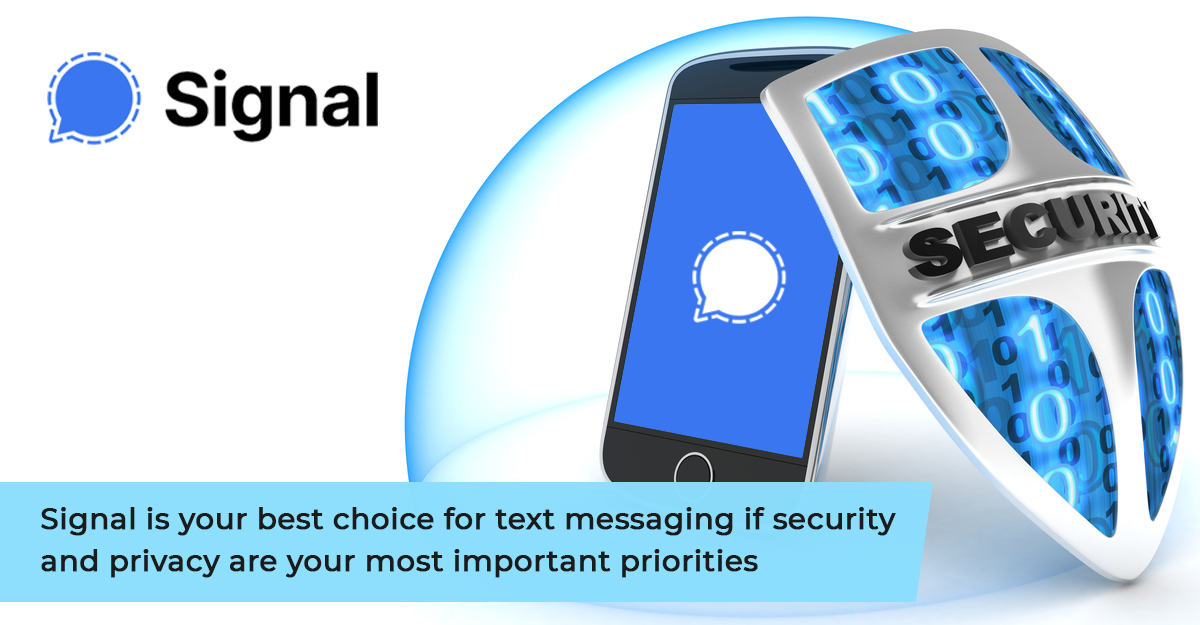 It’s growing in popularity and gaining more useful features over time, and it’s easier than ever to get your existing messages into Signal—and to move them between phones if you upgrade to a new one.

The main appeal of Signal is the end-to-end encryption that means no one can intercept and read your messages. That includes hackers, Apple and Google, government and law enforcement agencies, and anyone working at Signal itself.

On Android, Signal can also double-up as your SMS app (something iPhones don’t allow). For contacts who aren’t on Signal, the app will send a standard text message instead—this breaks the end-to-end encryption, but you’ll be able to see inside the app which messages are which. For maximum security, get as many of your friends on Signal as you can.

There are more reasons to use Signal too, including encrypted voice and video calls, disappearing messages, group chats, file sharing, a desktop app, and more. For now, we’ll focus on how to get your messages moved between apps and devices.

Setting Up Signal and Importing Messages

If you’re setting up Signal from scratch, you need to find Signal in the app store for Android or iOS, then follow the prompts to install. If you’re on Android, you’ll be asked if you want to set Signal as your default SMS app—you can use it alongside another SMS app, but you can bring everything together in Signal if you want (messages will be sent over Signal to contacts who have the app).

If you decide to set Signal as the default SMS app on Android, you have another choice, which appears as a prompt on screen: Whether or not to import your existing SMS texts into Signal. This won’t remove messages from your older app, but it will create copies inside Signal, and future SMSes will be handled by Signal alone. 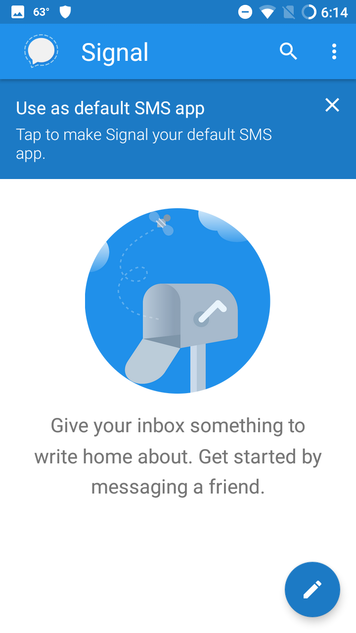 If you’re not moving phones, and you uninstall and reinstall Signal, your old messages won’t come back—they’ll be gone forever. To prevent this on Android, you can create a local backup: Tap the three dots to the top right of the conversation list, then choose Settings, Chats and media, and Chat backups. Before the backup is created, you’ll be shown a passphrase that you need to note down and keep safe, as this will decrypt the backup for you if you ever need to get it back.

You can’t back up Signal messages on an iPhone, so if you uninstall it from your device and don’t install it on a new one (see below), those messages will be lost. On both Android and iOS, Signal will remember your username and phone number as a registered Signal user if you uninstall the app—to erase this data too, go to this page.

Moving Signal (and Your Texts) Between Phones

Because of the differences between Android and iOS, Signal has long been able to move encrypted chat backups from one Google-powered device to another, but not on Apple-powered devices. However, it has just rolled out a new tool for transferring your data and chats from one iPhone or iPad to another if you’re upgrading; at the moment, it looks as though Signal for Android is sticking with the original method.

To take advantage of the new iOS transfer feature, you need to have both your old and your new devices with you. When you sign in with your cell number on the new iPhone or iPad, Signal will recognize you, and ask if you want to transfer messages from an old device—hit Transfer from iOS Device to do just that. 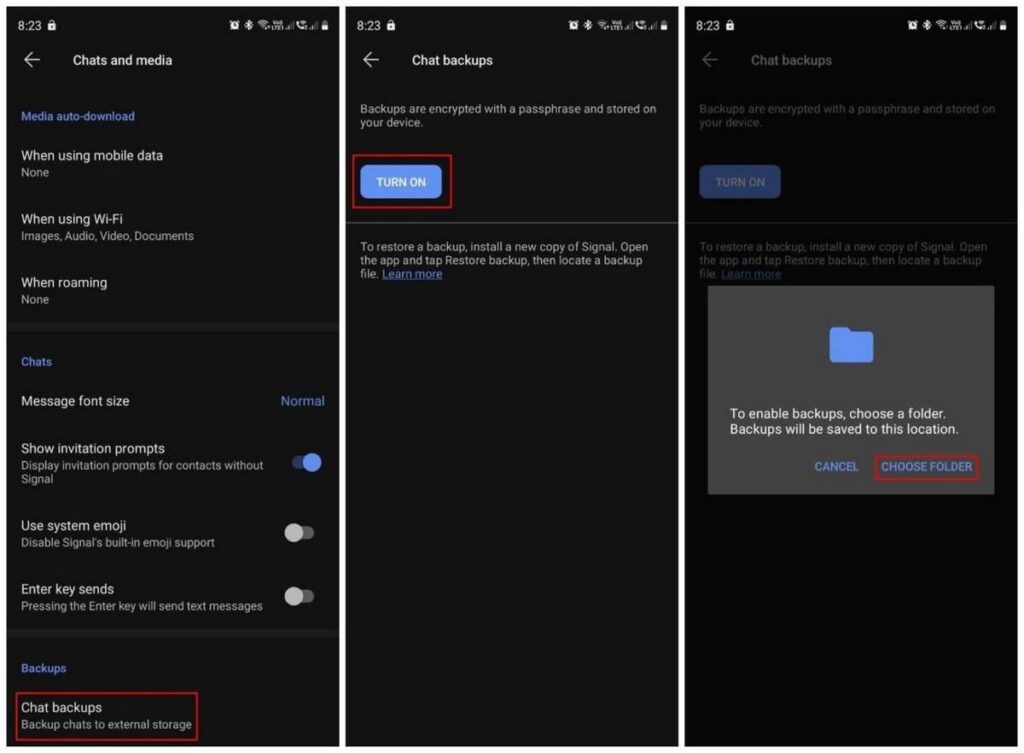 You’ll see a QR code on your new phone or tablet, which you have to scan using the Signal app on your old phone or tablet (the prompt to do this should have appeared automatically). Keep the devices close to each other, and the transfer should go through.

On Android, you need to make use of the backup feature we’ve already mentioned above. On your old device, it’s enabled through the Chats and media and Chat backups options on the Signal settings screen—again, make sure you note down the passphrase that’s displayed on screen, because you’re going to need it to get your chats back on a new device.

You then need to manually move your most recent backup over to your new phone: It’ll be in the “/Internal Storage/Signal/Backups” or “/sdcard/Signal/Backups” folder. How you go about this is up to you—there are plenty of apps and methods, depending on your make of phone and the version of Android you’re using—but you could, for example, use the Files app on stock Android to share the backup to Google Drive, then download it and put it back in the same folder on your new device