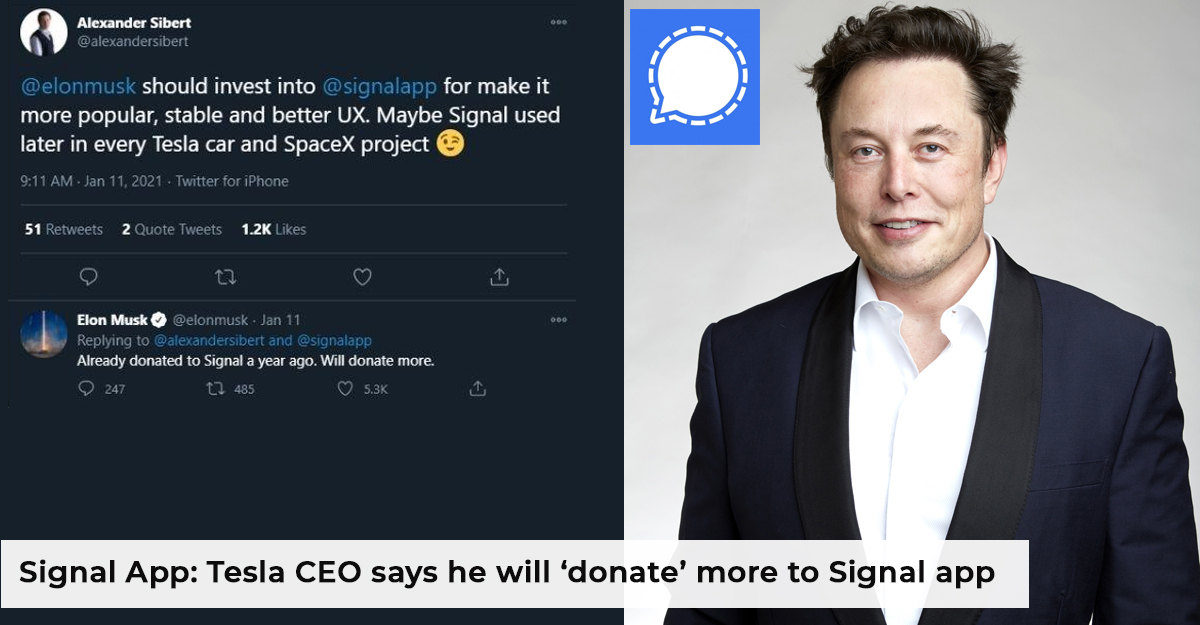 Ever since WhatsApp announced its upcoming changes to terms and privacy policy, people are looking for other messaging services to switch, to better safeguard their data and prevent it from being tracked and used against them.

When the privacy policy update notification first broke out, there was a massive uproar among people. At the same time, the Tesla CEO, Elon Musk tweeted ‘Use Signal’.

And in no time, the texting app was bombarded with a ton of users — something the platform didn’t anticipate, putting immense pressure on their servers.

In the last few days, the instant messaging app Signal has seen quite a surge in the number of downloads and has certainly become a talking point. Tesla CEO — and now the world’s second richest man — last week simply tweeted, “Use Signal” and that saw many people flocking to Signal. Now, Musk has revealed that he has donated to the app in the past and will do more so in the future.

One of Musk’s followers on Twitter suggested that the Tesla CEO should invest in Signal to make it stable and better. To this Musk replied, “Already donated to Signal a year ago. Will donate more.”

Musk was further asked whether he thinks if his private donations will help Signal app to increase their capabilities. Musk replied, “Probably commenting on @signalapp will do more.”

The Tesla CEO has never openly said anything critical or negative about WhatsApp but is known to have strong views on Facebook. Musk, in the past, has told people to delete Facebook and get off the platform. Last year, he tweeted, “Facebook sucks.”

The follower @alexandersibert asked Musk, “@elonmusk should invest into @signalapp to make it more popular, stable and better UX. Maybe Signal used later in every Tesla car and SpaceX project.”

To this, Musk responded, “Already donated to Signal a year ago. Will donate more.”

In case you didn’t know, unlike WhatsApp or Telegram, Signal is essentially an independent 501 (c) (3) nonprofit, meaning the app runs entirely on funding and donations that it receives. This means it doesn’t collect any data or place any trackers for targeting advertisements to its users.

The messenger is the brainchild of Brian Acton, one of the founders of WhatsApp and Moxie Marlinspike of Open Whisper Systems. Brian is the president of the aforementioned company and initially funded $50 million. 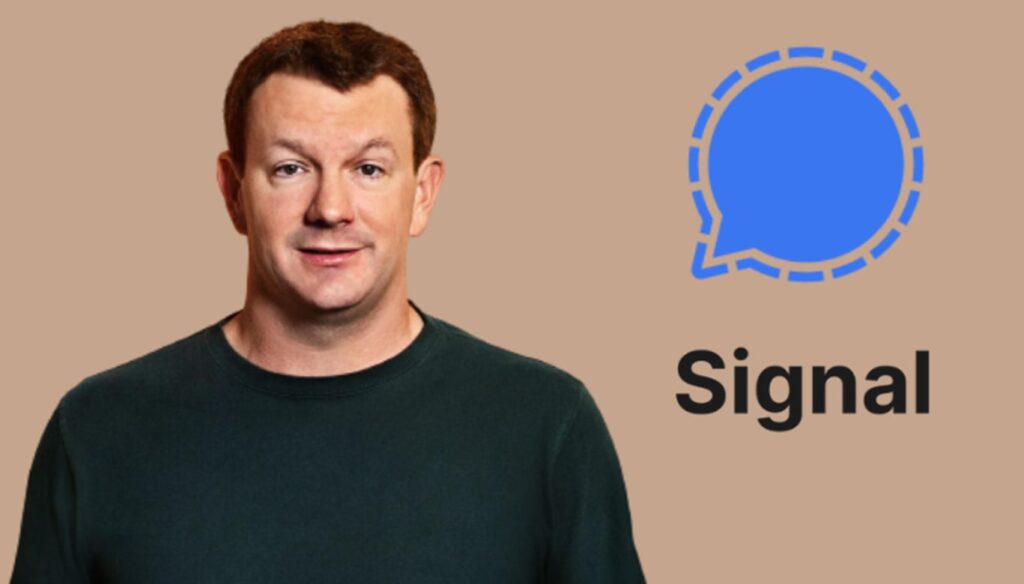 WhatsApp has been sharing data with Facebook since 2016, but users were able to opt-out and still use the app. Signal has become one of the most popular messaging apps around. Favored by tech giants, cybersecurity experts, journalists, government officials, and many more, Signal has gone from a darling secret of the security community to something even the non-tech savvy are using.

Signal is known for its incredible security and wealth of features. On an internet where it seems that more and more businesses are trying to track you, Signal can keep all of your conversations private.