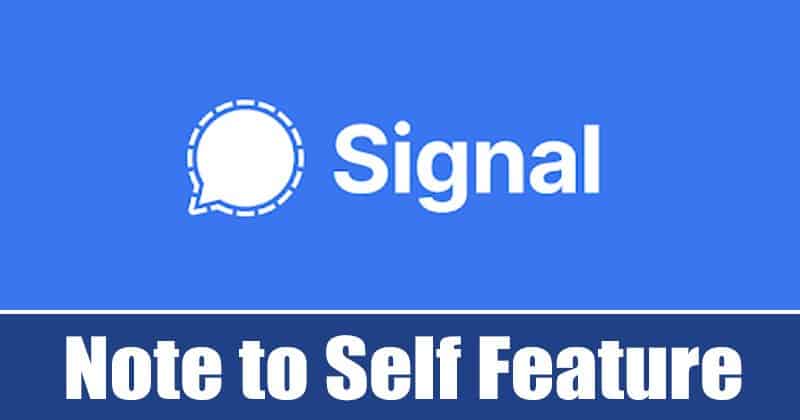 On WhatsApp, when you have to send or save a message that you want to keep to yourself, you usually create a group with someone and remove that person becoming the only member of the group while Signal has a Note to Self feature that let its users send messages to themselves.

Signal App’s praises by it’s users and privacy advocates has been trending in media recently since when WhatsApp’s contentious privacy policy came into the picture, it stated that the platform will tweak its process related to user’s messages that are sent to business accounts on WhatsApp (When a user communicates with a business, Facebook can do anything it wants. Users must assume that a message to a business is potentially open to all). WhatsApp also noted that if users did not agree to the new Terms of Service, they could lose access to their accounts. The new privacy policy was supposed to go into effect on February 8, 2021. However, people started flocking to apps like Signal and Telegram that caused the Facebook-owned company to push the date to May 2021. Signal app is known for its privacy and the negligible user data it records. Apart from privacy, Signal and WhatsApp also differ in some features.

On WhatsApp, when people have to send or save a message that they want to keep to themselves, they usually create a group with someone and remove that person becoming the only member of the group and can send themselves messages. The hack has been used for ages and can be a little tedious. And since users are sending messages in groups, they are not encrypted.

Now, Signal has a feature called Note To Self, where users can send themselves encrypted messages. Users can send themselves important details they would rather not share with anyone else. The Note to Self feature also lets users send disappearing messages, where the timer starts from the instant the message is sent to users. Note to self is a contact entry that users can access through the compose button to send messages to themselves. Users can also share messages and files with their linked devices using this feature. Below are a few simple steps on how you can access the Note to Self feature on Signal: 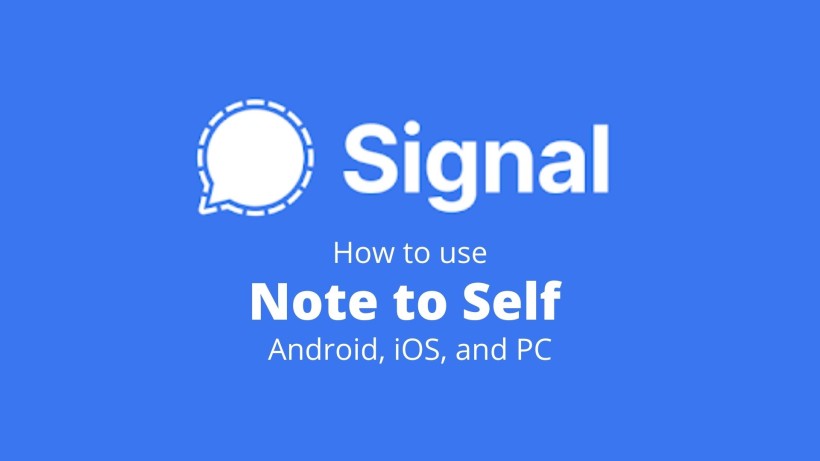 For Android and iPhone users:

— In Signal, tap on the Compose button or the pen icon to view your Signal contact list.
— In the Search bar select the contact entry Note to Self.
— If you don’t see it, type it out.
— Android users should tap on Signal message to type a message or plus sign to select a file. iPhone users will see New messages in place of Signal Message.
— Android users should tap on the blue send icon with a closed lock to send. In the case of iPhone users, there will be no closed lock on the send icon.

— Select Search in Signal.
— Enter the contact entry Note to Self.
— The Note to Self chat will appear in the right pane.
— Select Send a message to type a message or to select a file.
—To send, press Enter.

UNINSTALL WhatsApp now and INSTALL Signal App right now. It is secure, fast, free and easy to use and have tons of useful features. Most importantly, it is not run by such companies who sell users’ data (like Facebook) for their own profit.